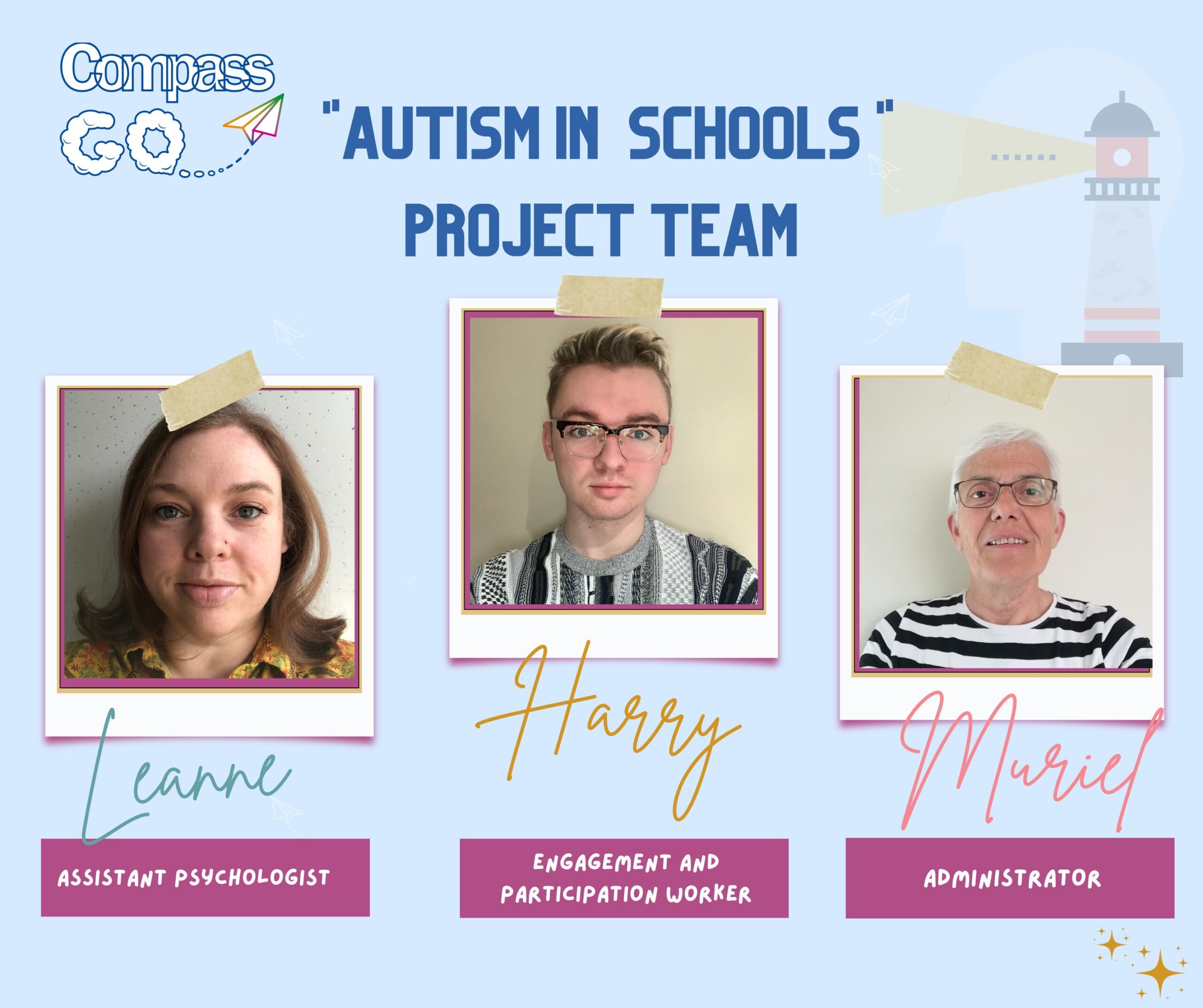 A total of ten schools have so far taken part in the Compass GO… Autism in Schools Project in North East Lincolnshire.

The project seeks to capture the level of personalised care available in mainstream education.

A total of 61 young people have also taken part in the project, which launched last March and continues on to next March.

Harry Dixon, Compass GO Engagement and Participation Worker, said: “The project is about connecting with the school’s autism champion, identifying children with additional needs that require adapted learning and then building up engagement with each individual child, tailoring participation questions about their school life around each of their likes/dislikes, communicational and learning needs.”

Each child that had been seen had a completely different set of tailored resources to help their engagement and participation in the project.

The Compass GO… Autism team is made up of Harry, Assistant Psychologist, Leanne Turner and Administrator, Muriel Charrot.

The project was created to capture the level of personalised and individualised care that is being given to children with Autism Spectrum Disorder in mainstream educational settings; seeking reasonable adjustments, best case practices and training opportunities to ensure for a ‘whole school approach’.

Harry said: “As a team, we are doing really well completing audits with the schools’ champions, and the participation work to capture the voices of children and young people across the spectrum is now in full swing, with resources being adapted for each individual participant.

“I look forward to seeing the impact of this project later down the line.”

And he added: “I am incredibly proud of what our small team has achieved in such a short period of time.”

The Autism in Schools Project aligns with these objectives as it is fulfilling a much needed support need for children in the area. Targets are being met and we are receiving fantastic feedback from the schools and parents/carers.

And she added: “This fantastic feedback demonstrates that the work we are doing in schools with children who have autism, is making a positive difference to their lives.”

Secondary School – Ormiston Maritime Academy statement – “I have found the project very positive, particularly the audit because it made me realise how much we were doing. You don’t always realise everything that you do but then when they were saying “oh you do that”, I realised how hard we do all work. It was also great having the action plan because it gave me something to focus on”.

One of the parents commented – “My son loved working with Harry and was asking me last night if the Participation and Engagement worker could be his teacher next year. I didn’t think he would open up to anyone, but he was telling me what a great time he had working with him.”